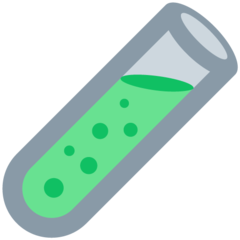 The strategy of the Dutch government to combat the corona virus – based on the advice of the RIVM – deviates from the directives of the WHO and the policy of country that have been demonstrably more successful during this pandemic. Now that the northern provinces are breaking with national policy and have labelled the assumptions of the RIVM as ‘untrue’, we call upon the GGDs to follow the example set in Groningen. We demand:

De Groene Amsterdammer reports: “Northern provinces break with national policy.” The approach of Alex Friedrich, microbiologist at the UMCG in Groningen, underwrites the advice of the WHO to “test, test, test.”

Admittedly, in Groningen this measure is taken with regard to more intensive testing of health care employees. Nonetheless, the acknowledgement that testing on a bigger scale is sensible and even possible is relevant here. This move is in contradiction to RIVM-policy to such a degree that extensive testing is formulated as a detachment from national policy.

Friedrich called the various assumptions on which the RIVM’s advice is based 'outright falsehoods.' The criticism of experts on the RIVM is explicit to such an extent that it is severely damaging the trust of citizens in RIVM policy with regards to the corona crisis.

This is because preventive testing was, according to the RIVM, ‘useless’ and ‘not advantageous’. The AD reported that patients were denied tests, even though the laboratory had the capacity to test. “If in the beginning more tests were carried out, the virus would not have spread unnoticeably,” AD writes.

Friedrich states in De Groene that RIVM policy is founded on more falsehoods: the idea that patients are only contagious after the first symptoms show up, he calls outright “not true. It is also not true that children would not be able to pass on the virus.”

Are there material shortages? We can merely guess. It could be that there is a shortage of particular reagents or plastic plates. Friedrich states: “It could be that a certain lab has a shortage on material, but that’s business as usual, you solve that.” And: “these tests can be done in virtually every lab.” This claim is also supported by a story in The New Yorker:

Although regular testing seems to be the most important measure to combat this crisis, it is completely unclear why this does not have priority in Dutch policy. The RIVM does not make clear whether it does or does not want to test, why it will not or cannot test, or why we should not test. Because of this, we think a public call to maximize testing capacity is legitimate.

There is good reason to believe that Dutch government does not aim to stop the virus but aims to slow its spread. This is an important difference, because in the former scenario, a big part of the population will be infected. In the latter, this would not be the case.

Prime minister Mark Rutte stated in his recent address that most Dutch people would get infected with the virus and that it is important to have the healthy people get infected first, so that the majority of people becomes immune to the virus.

Even though the latter point was later nuanced, it remains unclear whether the goal is to stop the virus or slow it down, thus accepting the impossibility to reduce the spread to zero. The speech by King Willem-Alexander again implied the second scenario: “We can’t stop the corona virus.”

This seems verifiably false. For example, in China there are now no new local cases of corona, currently counting less than 82 thousand cases total, which is 0,00006 percent of the population. Converted to Dutch standards, that would be a mere thousand people. China had a total of 3261 deaths at the 22nd of March, which would convert to 41 in the Dutch case.

A risk remains for later outbreaks, but as Ab Osterhaus said in Dutch talkshow OP1, this does not have to be the case. Through continuous testing, each new hotbed of infection can be detected early. Here too, it is a matter of common sense: we can at least try. Especially since the risk of death among all infected people in Wuhan was 1,4%.

We are neither experts nor virologists, but we are able to notice that experts and virologists disagree among themselves. Yet there seems to exist a consensus between the WHO, Osterhaus and Friedrich, experiences from countries such as China and South-Korea, and neighboring countries like Germany that all know a much lower death rate, ‘probably because of intensive testing’.

Opposing them is... the RIVM.

These two sides, however, do not seem like equal parties. The policy of the RIVM, as far as it is possible to discern certain goals and motives, is causing more victims and economic damage in both the long and the short term. The amount of victims in the Netherlands is already high, and we are not even close to reaching a peak. In addition to that, RIVM policy is founded on assumptions even laymen can see are ignored, retracted, adjusted, or labeled as ‘untrue’ by experts.

Meanwhile, the RIVM has not presented any convincing evidence that they are correct in their stance. Put more strongly, no good arguments have been given for the low number of tests in the Netherlands. All arguments can be refuted upon closer inspection. That is why we call for the following (Click 'Read more' for English translation):

Read more
loading
Powered by WingsMade with ❤️ at Bolster